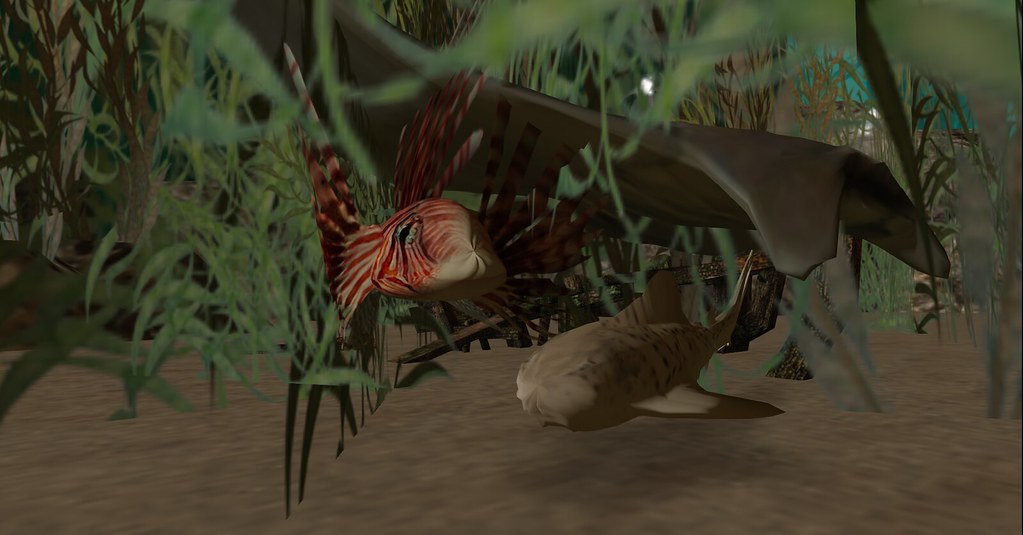 The manta ray hovered protectively over her friends the lion and the leopard as the great white drifted by many feet above them. The big shark didn’t seem to be in a hungry, hunting mood, but you can never be too certain.

The manta knew the shark usually went for smaller prey like her friends here – but she was nearly as big as him so she spread her wings as wide as she could and called her friends to her. Once he passed them by and swam off, they could continue their games of hide-n-seek and scare the humans.

Oh yes, they got great giggles from watching the humans dance and squirm, just because the manta swam past them. The lion had to stay away, he knew he could accidentally poison them. But they would dare the spotted one to swim up to the humans and just brush against their legs, and then they would sit back and laugh and laugh as the humans freaked out and tried to run to shore through water, splashing and making a big commotion. These humans for the most part just weren’t very graceful in the water, nor on land for that matter.