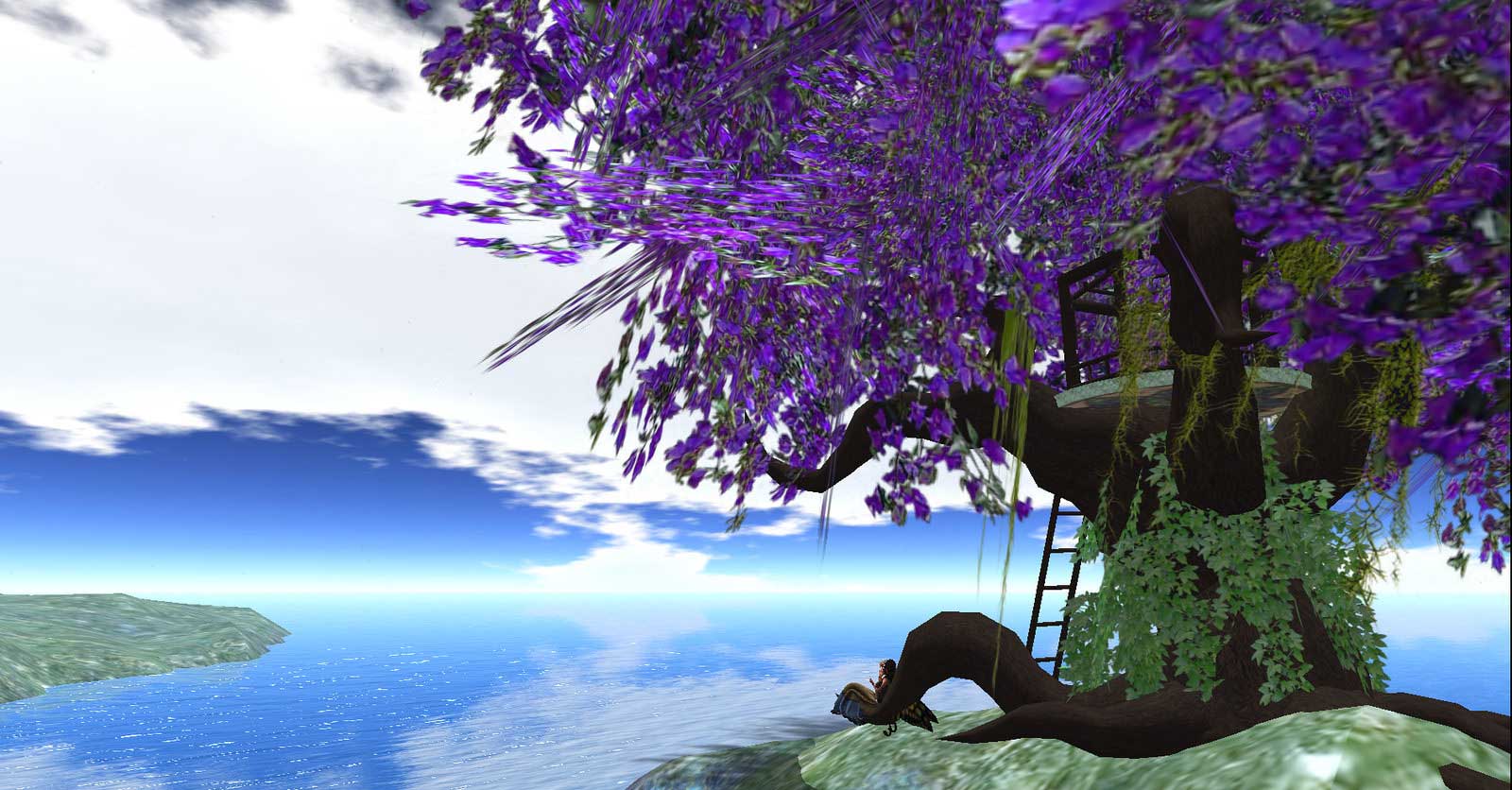 Hello there virtual Goddesses and Gods! So, there I was, just doing the Renaissance Faire 5 hunt, dutifully looking for the little orange gargoyle… and then… like a gorgeous beacon to nirvana made manifest on earth… there she stood. My eyes widened, my mouth opened, a squeee attempted to escape but my breath was taken and nothing but a hoarse whisper came out…“oooooooooohhhhhh!”

Gingerly I climbed the wooden ladder. It was the stairway to heaven and the holy grail surely awaited me in the gazebo at the top. My hand slid lovingly along the first beam it reached, and there found a control panel. Ohmygoddess! The leaves and flower petals came in so many seasons and colors! The bark, the ivy, the hanging moss, even the gazebo floor! So….many….choices!

When the tears started rolling down my cheeks I knew my pixels could not live without these pixels. Off I was, bargain Hunting for free prizes, and I found my home, and spent my last lindens. It was still a bargain at only L$200, at least, it was to me. After all, how can you put a price on the home that lives in your faery heart?

That’s me, sitting on the bottom left root of my new tree gazebo which I call home. All I need now is a little hanging nest to sleep in, that goes up during the day so I can set out a tea table and a couple of chairs when company is over, or big comfy throw pillows when it’s time to just chill.

What is the Moral of this Story?

I was so bummed when my beloved dome home featured in earlier posts was demolished to make way for a nightclub sim. I have been just floundering around since then. But then a dear friend rented a sim of his own, and now not only do I get to observe and photograph the creative process starting with empty sim and throughout the building process, I have found a new little space I can call home, for now. When his build is finished, I will be the first to be renting a space of my own in this beautiful place. So the moral of this story goes back to that oldie but goodie saying, ‘when one door closes, many new ones open.” I’ll take what’s behind Door #1 please!  💖

First update… I got my lovely hanging nest to sleep in!

Second… woot my sky dome is up! Yay! Now I get to start decorating all over again. Blank palette. I love that!

And I am dutifully taking before, during and after decorating pics…but that shall be another post. In the meantime I am posting some to Flickr.  For now, goodnight. Decorating is hard work 😉